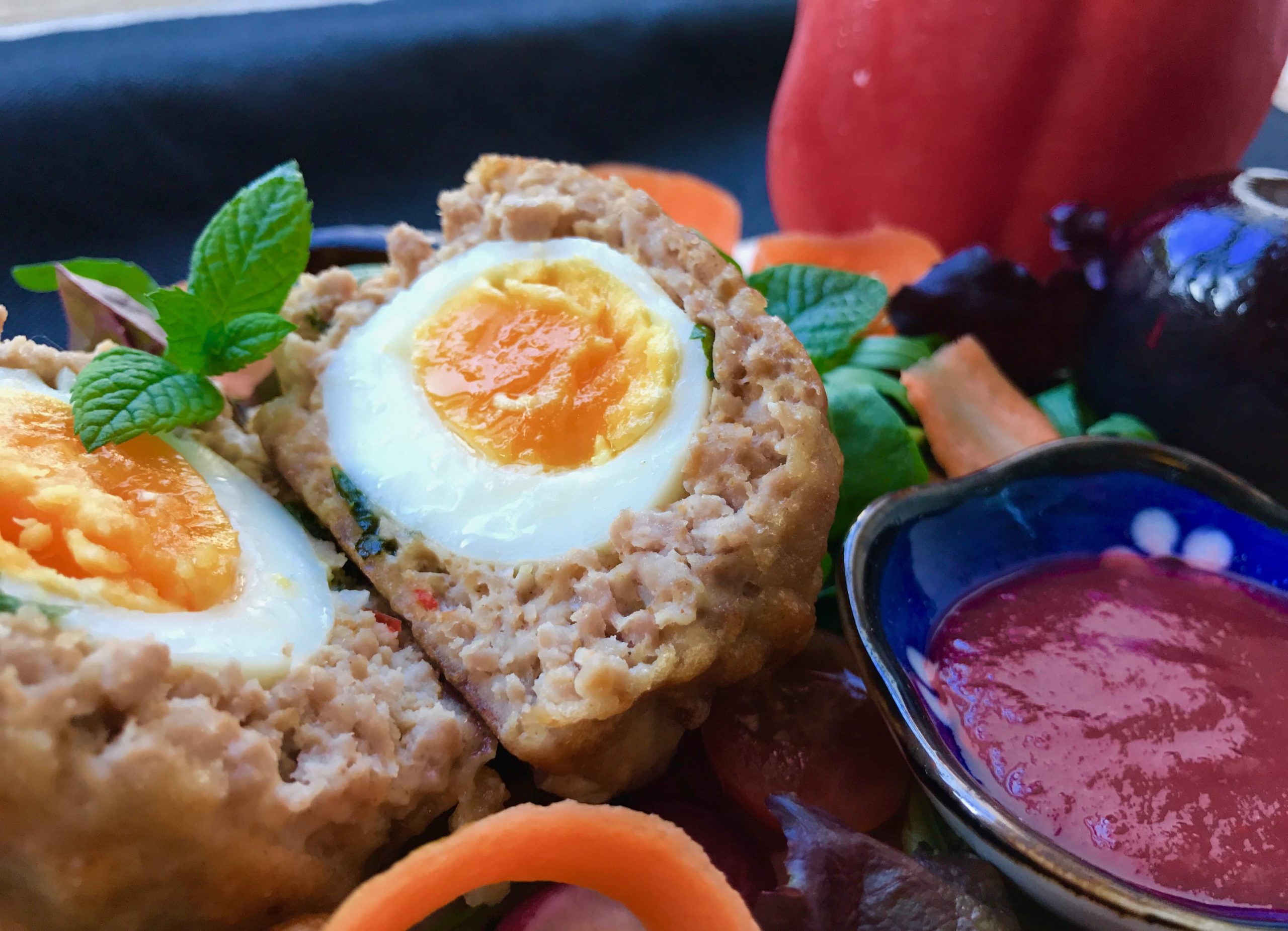 – Crack an egg in the mince pork then in goes fish sauce,honey,breadcrumbs, oyster sauce,chilli,garlic and basil. Mix well and divide in 2 portions

– Put the flour in the mixing bowl add baking powder,milk,water and salt. Whisk the mixture for approx 2 minute.

– Lay the cling film on a chopping board then spread a portion of pork mixture and put an egg in the middle.

– Pull all the corners of cling film together , this should create the pocket and mince pork will wrap around the egg easily, twist the top to tighten.

– Take the raw Scotch egg out of the cling film. Then cover it in the flour and dunk it in the batter mix.

– Put the Scotch egg in medium to high heat oil. Fry until the Scotch egg become crisp and golden in colour. Transfer the semi cooked Scotch egg on the baking tray and put it in the preheated oven.

– Repeat the same method for the second Scotch egg.

– Cook the Scotch egg for approx 20-25 minutes. Don’t worry if some of liquid comes out, the batter should be crispy as you like still.

– While you are waiting for the egg to be cooked.Put the plum,honey,garlic, chilli,ginger,mint leafs and fish sauce in the blender. Blend until the ingredients combined. Then heat the mixture gently approx 15-20 minute or until it’s become thicken.

– Take the Scotch eggs out of the oven, serve with salad and plum sauce. Thai Scotch Egg With Fresh Plum Sauce is perfect on the picnic day. 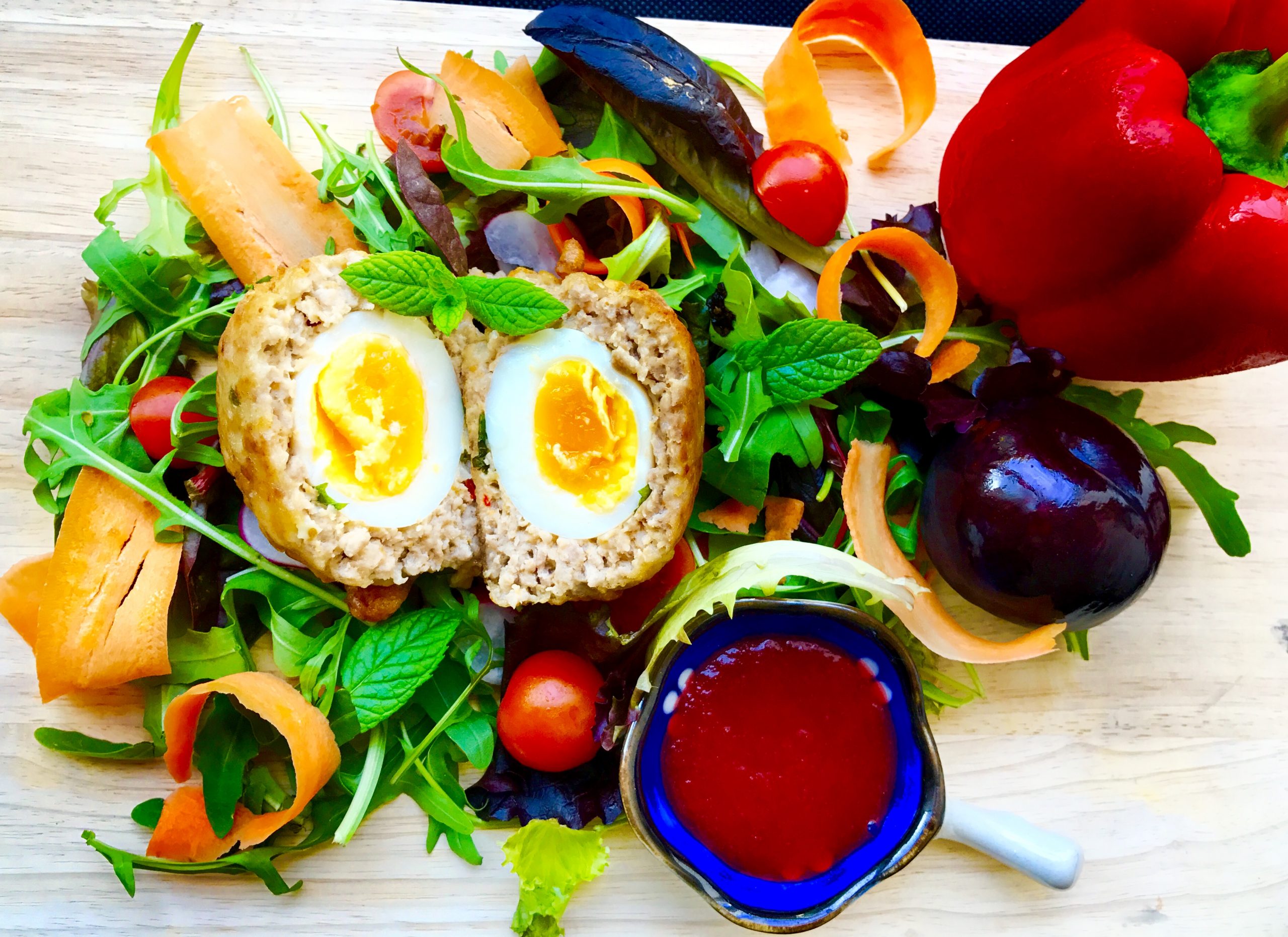 We use cookies to give you the best experience, if you continue to use this site you are accepting the use of cookies.Ok